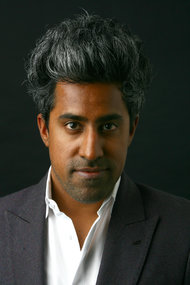 Anand Giridharadas is an author and New York Times columnist. He writes the “Admit One” column for the arts pages of The Times, and the “Letter from America” for its global edition. He previously wrote the “Currents” and “Letter from India” columns, and from 2005 to 2009 reported on India,from a base in Mumbai, for The Times and the International Herald Tribune.

He is the author of two books of narrative nonfiction: “India Calling: An Intimate Portrait of a Nation’s Remaking,” about returning to the India his parents left (Times Books, 2011); and, forthcoming in May 2014, “The True American: Murder and Mercy in Texas,” about a Muslim immigrant’s campaign to rescue from Texas’s Death Row the white supremacist who tried to kill him after 9/11 (W. W. Norton).

Other Books and Articles by Anand